Description of the Winning “Project of the Year” Award at PAK 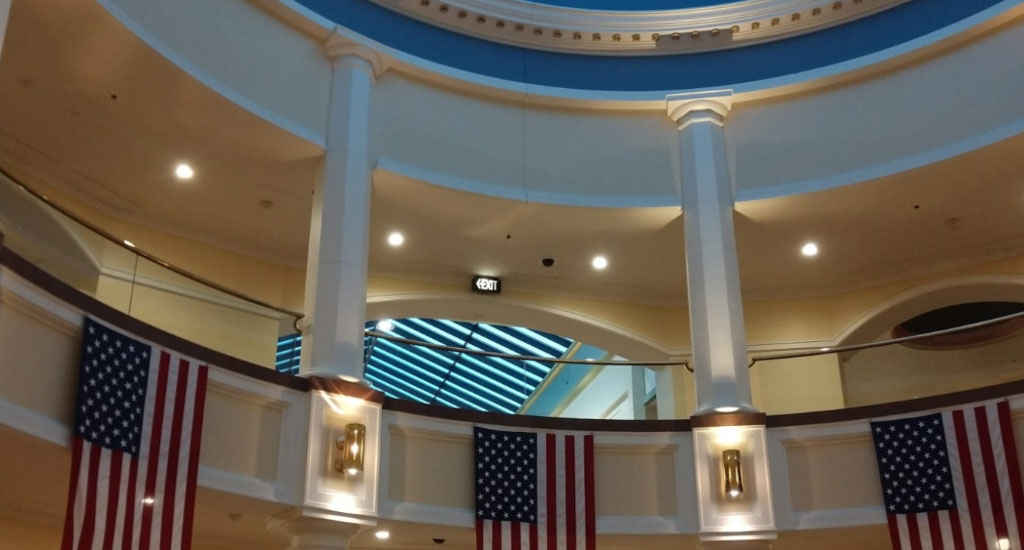 When President Theodore Roosevelt attended the dedication of the [Pennsylvania State] Capitol building on October 4, 1906, he said, “This is the handsomest building I ever saw.” The Capitol was designed in the American Renaissance style by Philadelphia architect Joseph Miller Huston, who envisioned the building as a “Palace of Art.” (From the official website of the Capitol).

The Pennsylvania State Capitol Building was designed by Joseph Miller Huston (1866-1940) in 1902 and completed in 1906. It is proclaimed as one of the most beautiful buildings in the nation. In December 2006, the Capitol building was designated as a National Historic Landmark.

An addition to the Capitol complex, called the East Wing, was completed in 1987. The East Wing was designed by Celli-Flynn Brennan in the post-modern style of the Italian Renaissance. The main objective of the $140 million East Wing Addition project to the Pennsylvania State Capitol was to merge four existing National Landmark buildings into a complex connecting the four structures.

The Ralph E. Jones team won the bid to paint the rotunda of the East Wing Addition to the Pennsylvania State Capitol Building. The Painters had to use a special, multi-step process to prepare the Rotunda for fresh paint. It appeared that much of the Rotunda, particularly the higher sections, had not been painted since the initial painting when the building was constructed (1987). Protection was needed for the ornamental light fixtures and existing gold leaf so they would not be painted or damaged by the stripping process. Everything had to be covered for protection.

Ralph E. Jones, Inc. painters first stripped off the existing paint layers. Then we used an environmentally-friendly stripper to lower the PH of the plaster substrate. Then, a water rinse was used to remove the stripper. Next, the Painters primed all the surfaces to be painted with a high PH primer. Finally, they finished the work by applying two coats of paint in new colors chosen by the Department of General Services.

All work on the project had to be completed on nights and weekends when the building was closed to the public. The Painters had to wear booties and gloves for protection and so that nothing was tracked into other parts of the building. Each morning, the painters had to clean up the work area and make it presentable for the coming business day when staff and visitors would be in the building.

Safety was a major consideration because each shift began with the Painters climbing ladders up to the scaffolding, sometimes as high as 50 ft. in the air. The Painters would step from the ladder onto the platform at each level. The scaffolding included safety railings to protect the workers from falls.

Ralph Jones partnered with Lobar Associates on this job. We were the painting subcontractor for the client, the Department of General Services.

The job was started in January 2019. The project was completed in just eight weeks, which was quite an achievement considering the details, materials and craftsmanship necessary to complete a job of this magnitude. At completion of the job, there was no punch list!

We are very proud of the work we did on this historic project.